Chelsea LeValley
​If there's no soul on stage, we lose the power of theater to transform and inspire. 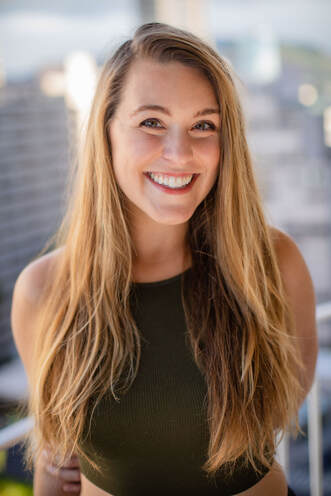 Hi! I'm Chelsea!
I grew up performing musicals (usually playing the male roles, since "they're the most fun") and writing plays at recess. In Ohio in my elementary school my friends and I convinced the Principal to let us perform our play in the auditorium and I was hooked.
​I made my way to the PNW after graduating with a BFA from Elon University, where I was a performer and a student director, a Leadership fellow, studying communications, and performed in the local scene. After working at Hangar Theater in upstate NYC, I realized I could have both theater and outdoor adventures (I've been snowboarding since I was 9!) and after a six month tour with Missoula Children's Theater where I developed the skillsets to become a lifelong educator in theater, I spent the majority of the past decade working as a bi-coastal actor, primarily based out of Seattle, WA. My goal was to always work as an actor and with that goal in mind I've worked at The 5th Avenue Theater, Seattle Repertory Theater/La Jolla Playhouse, ACT, Village Theater, Taproot Theater, ArtsWest Playhouse and Gallery, The Paramount Theater, Seattle Children's Theater, among many others. As an actor who is also a director and educator, I deeply value collaboration with other artists and often find myself involved in new musicals much to my delight! I have loved being a part of some of the original casts of COME FROM AWAY, RIDE THE CYCLONE, STU FOR SILVERTON, A PROPER PLACE, PERSUASION, DICK WHITTINGTON and HIS CAT, TEDDY AND MAX, AUSTEN'S PRIDE, and the workshops of SONG OF BERNADETTE and SPUN in NYC, among others. 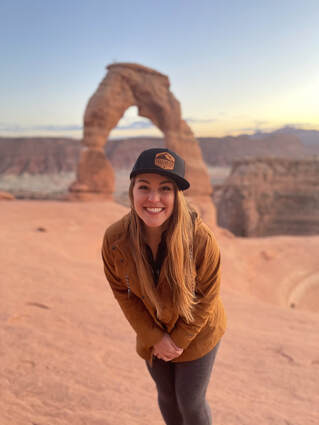 ​Passionate about helping others navigate the business of being a working artist and staying financially fit for the long haul, I've offered masterclasses for universities such as the University of Washington and Eastman School of Performing Arts. I have worked as a teaching artist or theater director at numerous theater companies including Seattle Children's Theater, Seattle Opera, and for many many years, Village Theater. One of the greatest achievements off-stage for me was founding and developing a dramatic arts program for a research organization called foundry10, through which I had the opportunity to produce and direct over a dozen performances, teach at international conferences across the nation, write and produce new works with local artists and students, and navigate the theater management side of the business including budgets, hiring, leading teams, and project planning and on top of it, running research studies on our work to later present! I started a small theater company collective called ENROOT that in its first season had two fundraisers and a reading followed by two shows we had to cancel due to the interruption of the pandemic.

​As a writer I have had several new musicals or plays premiered in festivals with local theater companies such as GhostLight Theatricals and was commissioned to finish writing a musical called 8.5 Minutes and wrote a short musical called Daylight and Sheltered that were performed in theaters in Seattle.

When the pandemic hit and I couldn't do theater, I got to spend time pursuing life outside of the theater and in nature. In a rooftop tent, a Subaru with a rocket box, and in our own DIY converted campervan I spent a year and half living on the road seeing 37 National Parks, snowboarding at 22 mountains for 111 days of snow sports, and spent six months on island time. I've now moved  to Honolulu, HI to enjoy this other dream of mine of enjoying more of paradise on earth.