Adapted by Karen & Mark Lund from THE BISHOPS WIFE LUX RADIO THEATER by J. Walter Thompson | Original Music by Michael Nutting. Currently in rehearsals for The Bishop's Wife at Taproot Theatre. Come see this gorgeous story retold in the form of a unique live radio play with a stellar cast. I am playing Julia, The Bishop's Wife and the show runs November 27-December 28th Tuesday-Saturdays.
TICKETS to see The Bishop's Wife 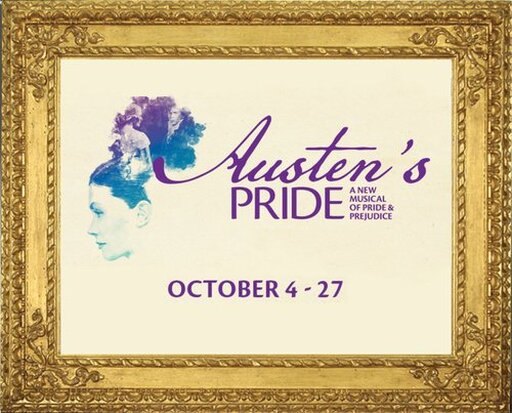 Chelsea is delighted to join the cast of...
AUSTEN'S PRIDE at The 5th Avenue Theater
"Book, Music, and Lyrics by Lindsay Warren Baker and Amanda Jacobs
Music Direction by Matt Perri
Choreographed by Lisa Shriver
Directed by Igor Goldin
An extraordinary new musical feast bound for the world’s stages!
Jane Austen enters into her most famous love story and as she does, she begins to understand something about both her characters and herself as she explores this beautiful new world. This is a musical of beauty, wit, and wisdom, wrapped up in a journey of self-discovery.
It’s Pride and Prejudice the way you have never before imagined. A story you will not soon forget, with an achingly beautiful score that will transport you to another time and place. "
Other current/on-going spring projects:
-Artistic Directing Enroot, a new theater project in collaboration with Taproot Theater Company in Seattle, WA
-Founder and developer of the dramatic arts program for the foundry10 foundation
​-Artistic Development Instructor for Village Theater Kidstage
​-oh and some other things too...
Song of Bernadette- a new musical by Frank Wildhorn (music), Robin Lerner (lyrics), and Rinne Groff (book)
Workshop reading at Pearl Studios, NYC, directed by Christopher Gatelli 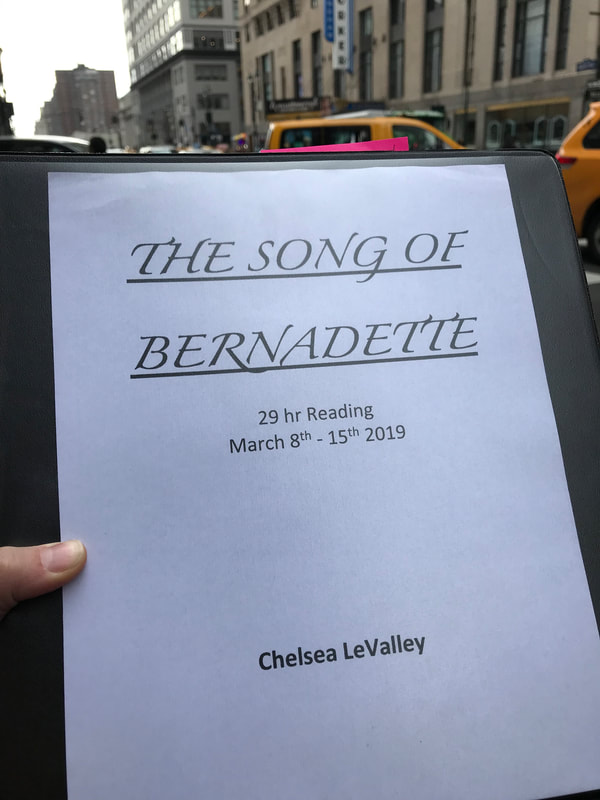 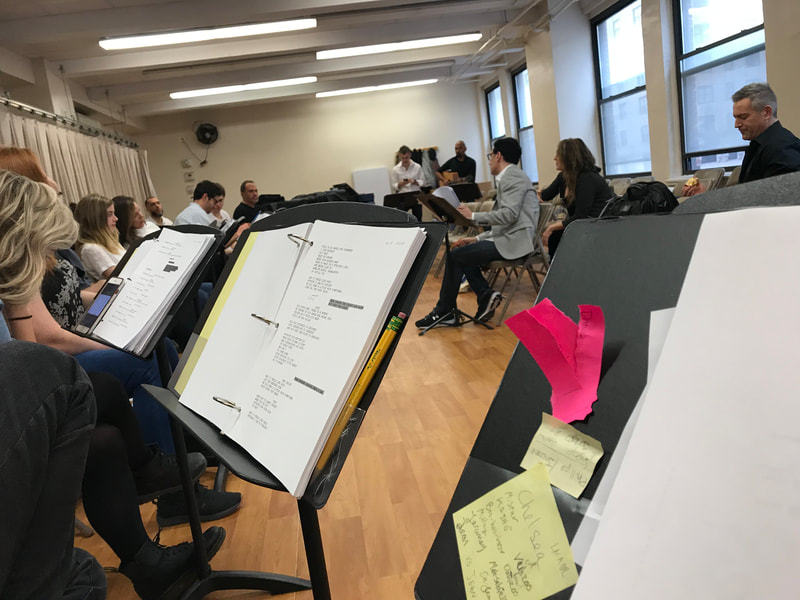 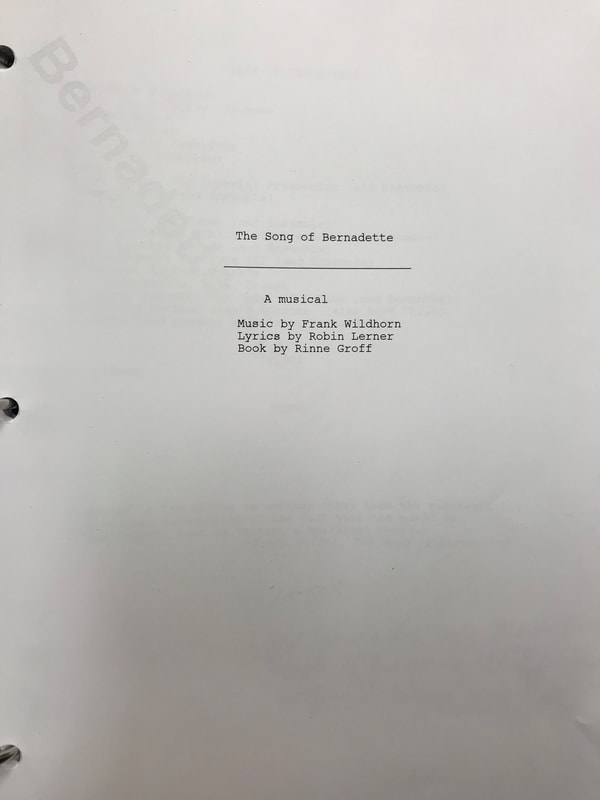 Jane Eyre is a fiercely contemporary story about finding faith, practicing forgiveness,
​and remembering how love breaks all the rules. 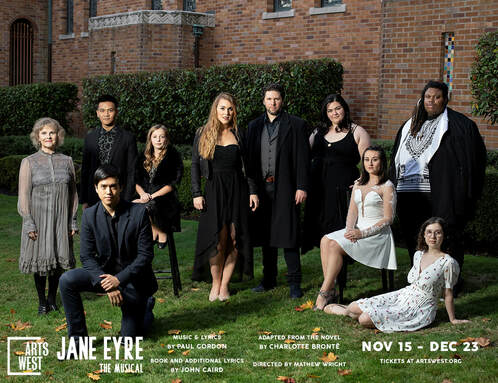 GET TICKETS!
Interview
Interview:
​We sat down with actress Chelsea LeValley to talk about the thrill and adventure of taking on a legendary role: Jane Eyre, depicted first in Charlotte Bronte’s beloved novel and later in countless adaptations for stage and screen. Now, Jane Eyre takes the stage at ArtsWest in a new musical adaptation on November 15.
Chelsea is no stranger to Seattle stages – she’s worked with the 5th Avenue Theatre, Village Theatre, ACT, and even previously at ArtsWest in American Idiot and Angry Housewives. Read the full interview below, and get tickets to Jane Eyre here.

Tell us about the music in this production. What stands out to you?
This music reminds me a lot of Secret Garden, with kind of a pop surprise twist. I’m really excited for audiences to hear the way [Music Director Chris DiStefano] has been helping us shape and create this music. He likes to use the phrase “carving”, and it does feel like we’ve been carving this together. We’ve been making it as a group. I’m excited for audiences to hear the blend and the different individual voices that are coming together to make a score that just jumps off the page.
What are some of the special ways Jane Eyre comes through, as a character, in her songs?
When we first meet Jane, she’s 18 years old, and yet she sings in a lower register than most of the other female characters in the show. I think it’s interesting that she is such a grounded, earhty woman who doesn’t seem to fit her peers, to fit her society that she’s been born into – and that lower register, I think tells us of her difference, and tells us of her groundedness and shows what an old soul she is, even at 18.

What makes the story of Jane Eyre great for theatre?
Jane Eyre makes for a great story for the stage because it’s a story of a heroine who finds herself amid great trials. She finds her identity juxtaposed a bunch of other voices telling her who she is, and she fights for who she believes she is – then she finds satisfaction and joy in meeting somebody else who sees her for all that she is, and allows her to become more fully that. I think that story lives in a lot of us: a desire to find who we are and a sense of belonging with others. And its an epic sweeping tale!

What’s been your favorite part of working on this production?
The people, for sure. This whole team is made up of people who I think fit – like Jane Eyre’s description – “vigorous and expansive minds”. And I feel that when I walk in this space. I feel like what I have to offer as an artist is just as of value as everybody else around the table. It’s really phenomenal to work with other artists that are all functioning at the top of their game and respecting one another’s ideas, so that together we can make a story come to life.

How do you think the story of Jane Eyre fits in to the holidays?
I think at the holidays often people think of family and togetherness, but there are a lot of people who don’t get to spend the holidays with family. I think Jane Eyre’s story is beautiful to be told at the holidays – and beautiful to be a part of – because we see an individual who learns to make family from strangers, an individual who doesn’t have family, that learns belonging and identity in the midst of great change. I think that story is less heard at the holidays, and yet its valuable, and pertinent to many peoples stories.
​
What’s got you excited, right now?
I feel so excited to play Jane Eyre because she is a woman who knows who she is, and is unapologeticall the strength and the presence she is in any room. There are moments where she feels she has adjust for society’s expectations of a woman at that time, and I’m excited to play the tension between who she knowsshe can be, and the strength of that, mixed with the growing pains of adjusting to the expectations of society around her. I can’t wait to bring that not only to life through this character, but also in my own journey. 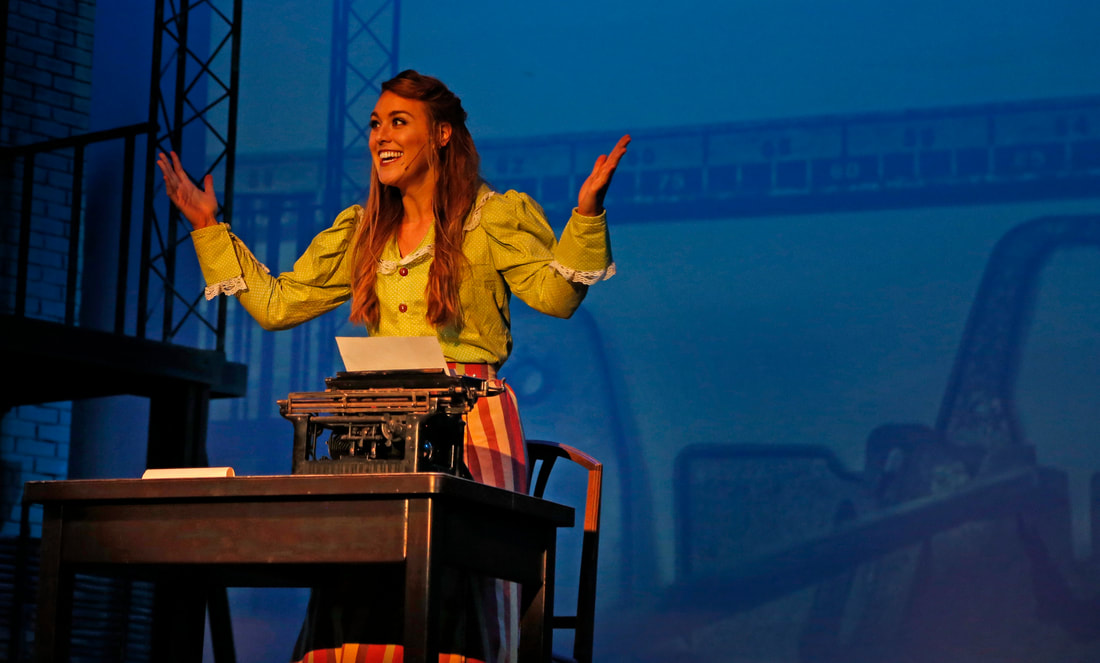 Disney's Newsies playing at The Public Theater of San Antonio! I'm in Texas this August through October 15th! 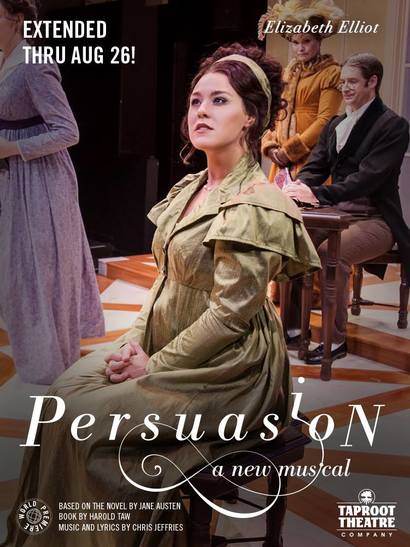 From playing its reading at 5th Avenue Theater to its cast demo recording studio, I've played three out of the five female roles in this show. I am currently originating the role of Elizabeth Elliot/Henrietta Musgrove in Persuasion's world-premiere at Taproot Theater July 12-August 19th, extended through August 26th. Come see this gorgeous new musical!

" 'Hope is the most tenacious thing.' Jane Austen’s final novel soars to life in this ravishing new musical about love, longing and second chances. "
TICKETS